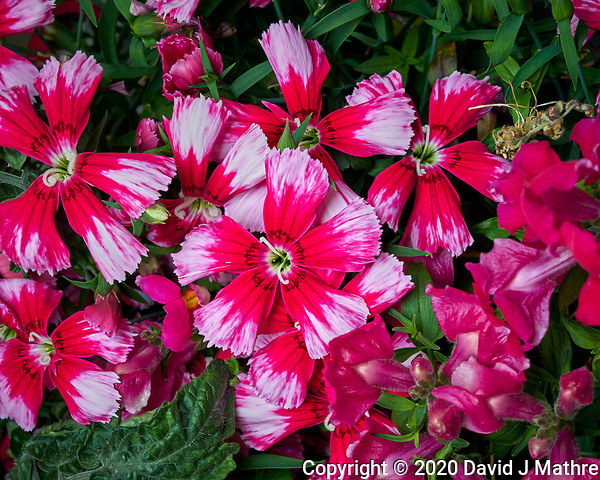 Click on the above image to access my PhotoShelter Gallery with the individual images in the following slideshow.

Images from Valentine’s Day Past

After arriving at Haines, Alaska we disembarked from the MV Columbia. I could have slept in the RV, but decided to splurge and spend the night at the Halsingland Hotel (B&B). They even put benchmarks in the ground to mark the location of hotels in Haines — 118 feet above mean sea level. I set a camera up looking out my window to capture night sky star trails. I also managed to capture Northern Lights which I was not expecting. 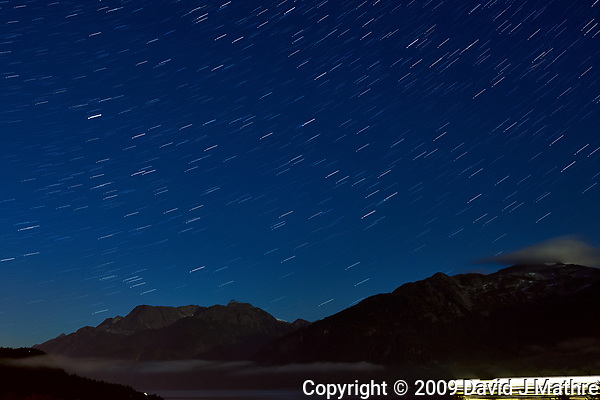 As the wormhole began to open clouds appeared, reducing the intensity of the burning green rays. This provided some cover and protection for earthlings below….

After leaving the two French Photographers at the Ferry to take them to Finnsnes, I decided to spend the next three nights outside of Tromsø to maximize my chance of viewing and photographing the Northern Lights. There were at least 20 vendors offering trips in Tromsø specifically to view Northern Lights. The most famous one is booked a year in advance (after being featured on a BBC TV program for finding a place to view the Northern Lights when the BBC film crew all but struck out). I eliminated the big tour bus, dinner boat, and dog sled northern light tours, and selected 3 based on recommendations at the Tromsø tourist information center. I am glad that I stopped at the tourist information center when the northbound Hurtigruten voyage stopped in Tromsø as the tours do get booked and fill up in advance. They all claim to find somewhere that is clear with a good chance of seeing northern lights – whether it is along the coast, up a mountain, or all the way to Sweden or Finland. One even tells you to bring your passport along if they do cross the border.

The first trip was “Aurora Photo Tour with Professional Photographer” from Creative Vacations, led by Vidar Dons Lindrupsen. He picked a group of seven up in front of the Blu Radisson Hotel and brought us to his house. There we had a workshop on the basics for successfully capturing Aurora images with a digital camera. Vidar is fluent in several languages. Our group included folks from France, Germany, Brazil, Spain plus myself from the United States. For those that needed, he provided tripods and warm arctic outerwear as we were about to spend the next several hours outdoors photographing the Northern Lights. We stopped at several locations and I got some great images These were some of the best northern light displays that I had ever seen, but probably average for folks that live in this region. When the clouds started to come in and we only were getting diffuse images through the clouds, Vidar served some hot lentil soup — very welcome after standing for several hours in the cold.

First stop was to Ersfjord, Kvaløya (Whale Island). I used a Nikon D800 camera and 24 mm f/1.4 lens. Other than some yellow (sodium) lights from a small village, the sky was very dark. Slide show, star trails, and a time-lapse video. We moved a bit and the band of green crossed the sky. I needed to switch to a wider angle lens — 16 mm f/2.8 fisheye. From the same location I also tried using the Nikon 1 V2 camera and 10 mm f/2.8 lens to see how Northern Lights would be captured with a smaller digital sensor. The images were rather noisy and needed extra processing with Topaz Define 2. Switched back to the Nikon D800 camera with the 16 mm f/2.8 fisheye lens in portrait mode

Winter walkabout in Tromsø, Norway. A random selection of images taken during the day. After dinner we did see a glimmer of Northern Lights peek through the bright city lights.

On our first night in Tromsø, Anna – a local photographer and her husband took us to a couple of locations to view northern lights. The first place, Telegrafbukta is not far (maybe 45 minutes walking) from the center of Tromsø along the fjord. I got many great images of the northern lights. I am not exactly sure what the walkway going into the cold water is for, unless they have a polar bear swimming club. This is obviously a favorite place for locals to view northern lights on a Friday night. There were at least a dozen folks just up the hill. I’ve reprocessed the images, and used them to create a star trails image, and a time-lapse video.

Individual images in the slide show can be viewed here.

Last year I was contacted by Condé Nast to use one of these images in a publication about European beaches. I told them that they could use the image if they downloaded it from my PhotoShelter Image Gallery and paid the appropriate rate (depends on size and publication circulation). I guess they didn’t like the rate suggested…

We then went to Kvaløya (Whale) Island for the 2nd image. The mountain on the right is lit up with a yellow color from sodium lights at the home near the water. It was a lot easier to photography the northern lights when on solid ground with a tripod. On the ship, even with a tripod you get the motion of the ship.