We rode a bus from San Diego, California to Ensenada, Mexico to board the M/V World Odyssey. Even though the ship had been docked in San Diego to disembark the Fall 2015 students, there is a federal law that prevents non-US registered ships from traveling between US ports. It was a grey and rainy day. We all had to get off the bus to go through immigration in Mexico. After arriving at the cruise terminal in Ensenada, went through the check-in where they made sure we had our passport and yellow-fever vaccination card. The luggage was all inspected for contraband, and finally we were allowed to board the ship. Once on the ship we got our room key, and then had several hours to investigate the public areas that would become home for the next 102 days. After everyone was onboard, we went through the first of several mandatory lifeboat/evacuation drills. Once that was completed, we departed for Hilo, Hawaii. 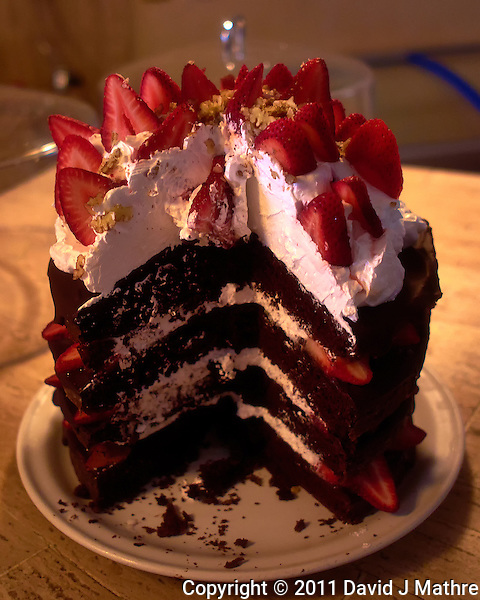 What a Year — It Was Amazing!

As the year comes to and end, and I try to reflect on everything I have done and everywhere I have been — all I can say is WOW!. The year started out with a great photography trip to Patagonia with Thom Hogan. We will ignore the extra few days we were held hostage in southern Chile. This was followed by the Ultimate Travel Workshop II on the Semester at Sea M/V Explorer lead by Michael Mariant. This started in San Diego, and then stopped in Mexico, Guatemala, Nicaragua, Costa Rica, Panama (including a transit through the Panama Canal), Costa Rica, Honduras, Belize, Mexico, and ended in Fort Lauderdale. My parents were along for this trip. I then attended a Workshop in Death Valley, also lead by Michael Mariant.

There have been a number of challenges at work. We shut down our San Francisco operations which included part of my group, and thus no more regular trips to California. We ended the year achieving (and exceeding) all of our objectives. I also attended a work sponsored executive retirement seminar. It is hard to believe that I have been working long enough to even consider retirement, but then again maybe I could spend more time working on photography.

Looking through my image database, it looks like I took something over 120K images this year — a new record for me. It also meant that I needed to update my digital asset management strategy. Lightroom is good, but can’t handle this many images. I’m currently testing Media Pro (Phase One). Capture One Pro (also Phase One) is now my primary image processing workflow, although I still am using Adobe Photoshop CS 5 and many Nik, OnOne, and Topaz plugins. I also needed to update my image storage and backup strategy after some hard drive failures. I’ve moved to a couple of Drobo disk arrays (16 TB) on and off-site.

Plans for next year? Thought about, but I didn’t sign up for the Semester at Sea Enrichment Voyage to the Carribean and Brazil (including a trip up the Amazon river). Thinking about a Hurtigruten cruise in Norway to see the Northern Lights, Nikonians Ultimate Travel Workshop III (San Diego, Central America, Peru – including Galapagos Islands), and also a trip to Cuba. If none of this works out, maybe it it time for a road trip out west. The White Ram (Roadtrek RV) is anxious for a road trip!

After dumping Facebook last year when my account was hacked, I joined Google+ this year. Google+ is a better platform for photographers. I really like the Daily Image Themes, and have been contributing a number of images.

My mother outside of Josefina’s Mexican Cooking Class. When I get a chance I need to post images from the cooking class.