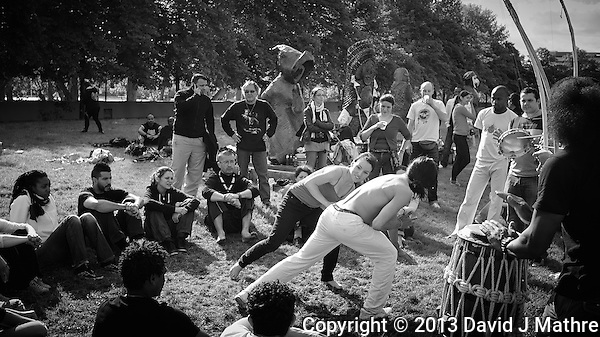 I was part of a team of six photographers that took ~30,000 images as the MV Explorer (Semester at Sea Spring 2013 Enrichment Voyage) transits the Kiel Canal in Germany.Howard Ignatius used the images to create this time-lapse video of the passage through the canal.

Gone to See Europe. Semester at Sea Spring 2013 Enrichment Voyage on the MV Explorer. Day 45: At Sea between Stockholm and Copenhagen.

Late night or early in the morning (hard to tell this far north when there isn’t much darkness at night) I looked out my cabin window on the MV Explorer and saw the electric blue Noctilucent clouds. I read about them before (http://www.spaceweather.com/), but had never seen them.  The clouds are ice crystals that are very high that you can only see for a short time when the sun is below the horizon. One theory is the crystals are nucleated when micro-meteors pass through the upper atmosphere. We were in the Baltic Sea traveling from Stockholm to Copenhagen and the sun doesn’t set until very late I set up a camera in my cabin and started taking pictures.(Nikon D4 camera, 28 mm f/1.8 lens (ISO 200 or 800, 28 mm, f/1.8, 1 sec)). The composite images were generated using Photoshop CC (statistics, maximum) the way I do generate star trails. I was impressed that you can see the star trails looking north, even though this is a composite of images taken on a moving ship at sea. The seas were pretty calm that night (early morning).

Silhouette of a sailboat transiting the solar disk at sunset from the deck of the MV Explorer. Crossing the Baltic Sea from Stockholm to Copenhagen.

Individual images from the slideshow can be viewed here.