Montgomery Township typically celebrates Independence Day with fireworks several days before the 4th of July. The fireworks have been canceled the last couple of years due to Covid-19. The current infection rate is listed as moderate, so the township decided to go forward with the fireworks this year. Not far from where I live is a great location that overlooks the high school. I got there at about sunset. Several cars had already arrived, but I still found a good spot to set up two cameras on tripods. The settings I used were ISO 100, f/11, and an exposure of 4 or 8 seconds. I then used the images to produce the following time-lapse videos. I may go back later and add music.

Did anyone notice that I haven’t posted any bird, flower, or garden images during June? Is anyone out there… Other than the thousands of attempts to login and hack the site? 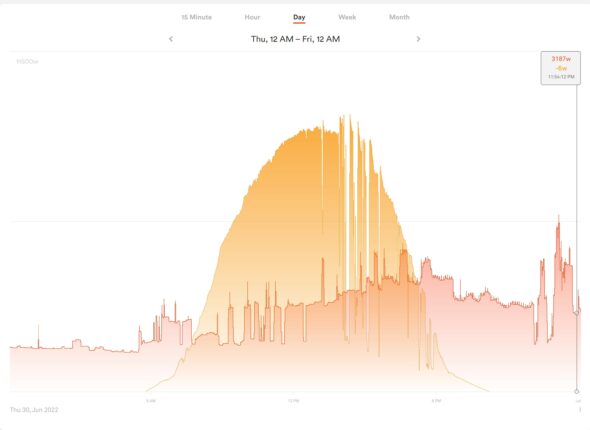 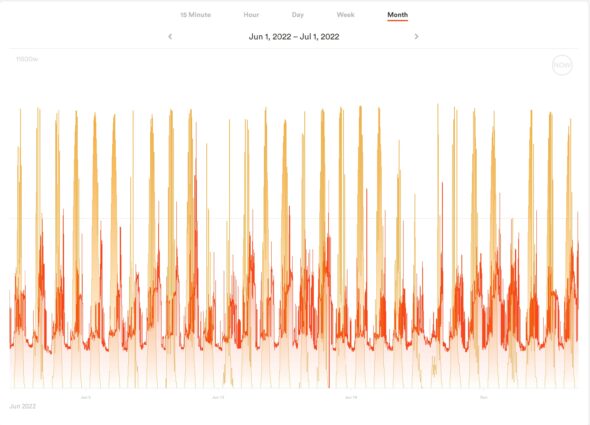 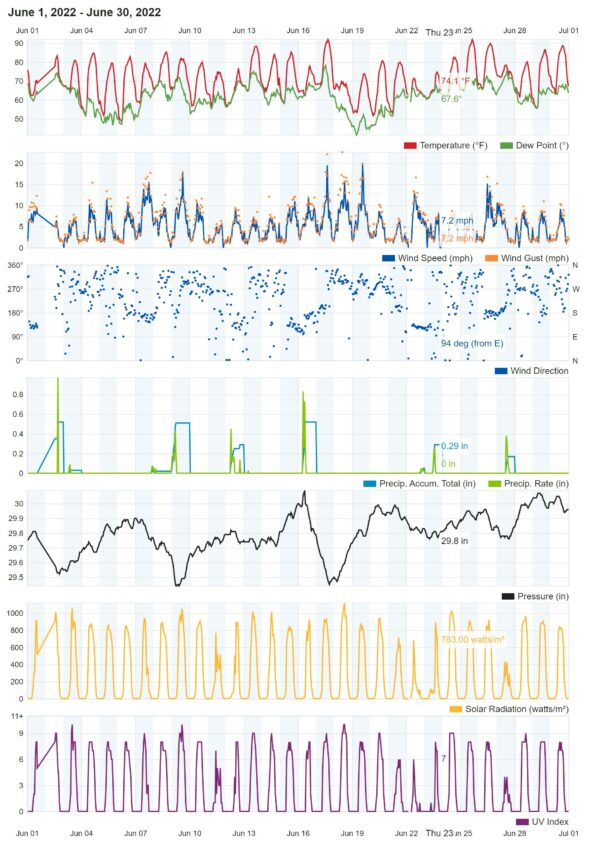 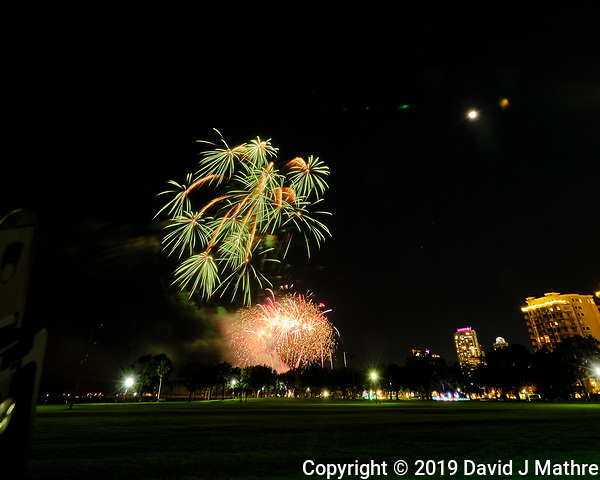 Click on the above image to access my PhotoShelter gallery with the individual images in the following slideshow. 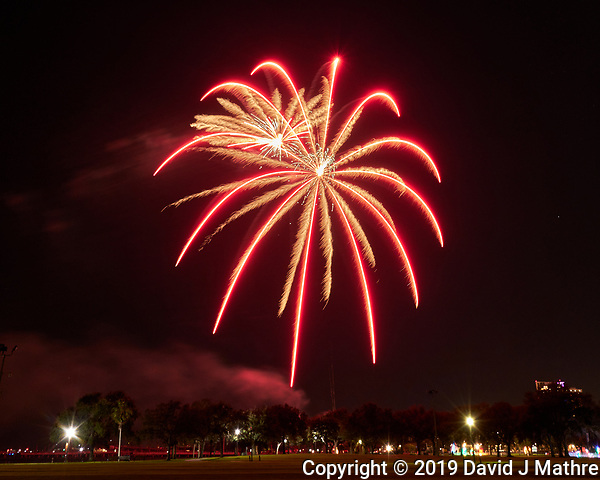 Click on the above image to access my PhotoShelter gallery with the individual images in the following slideshow.

Daily Electric Energy Used (36.4 kWh) from Sense and Daily Solar Electric Energy Produced (13.4 kWh) from SolSystems and Locus Energy. A deficit of 22.9 kWh. Most of the hydroponic gardens were off or only on for fewer hours. Also, the thermostat for the Geothermal heater and hybrid heat pump hot water heater were set for vacation mode.

Individual images from the slide shows can be viewed here.

DSLR video of the 30-June-2011 Montgomery Township Fireworks display. The Nikon D3s camera is limited to 5 minute HD (720P) video segments. I ended up with three 5 minute segments. I left the in-camera sound recording on to get the sound effects of the fireworks. I also got commentary about the fireworks from a family sitting in front of my tripod. At one point you can hear a train whistle. The other clicking sound is the shutter of my other cameras. I used Adobe Premiere Pro to combine the first and third segments, zoomed in a bit so the firework display takes up more of the image, and increased the volume. I also used Premiere Pro to add a title page to the video.

My local township typically has an Independence Day fireworks celebration several days before the 4th of July. This year it was almost a week earlier. We had heavy rain in the morning, but by the afternoon things pretty much cleared up. I have a great location near my house that has a view that is above the high school where the fireworks are launched. In all I had five cameras set up to record the event. Individual images can be viewed here. While waiting for the fireworks to start, we watched the “Strawberry” full moon rise through some low clouds. Unfortunately, it was too late to find a different location where the full moon would be in the images with the fireworks.